Use rufus to create the Windows 10 64 bit USB installer. Select MBR for legacy BIOS and create the USB drive.

You will need a USB keyboard/mouse for installation

Chipset Driver: Use the latest from Windows Update!

WiFi Driver: Use the latest from Windows Update!

Bluetooth Driver: Use the latest from Windows Update!

Run the setup files for the audio and chipset drivers. For WiFi and Bluetooth, use Device Manager to update the driver.

Open Command Prompt as administrator, and type in “bcdedit /set testsigning on”. Then reboot.

Open Device Manager and search for an unknown device that has a Hardware ID of either “ACPI\VEN_GGL&DEV_0303” or “ACPI\GGL0303”. Under the driver tab, click “Update Driver” and browse to the croskeyboard3 driver. Then install.

Open Device manager and search for an unknown device that has a Hardware ID of either “ACPI\VEN_CYAP&DEV_0000” or “ACPI\CYAP0000”. Under the driver tab, click “Update Driver” and browse to the crostrackpad3 driver. Then install.

Open Device manager and search for an unknown device that has a Hardware ID of either “ACPI\VEN_ELAN&DEV_0000” or “ACPI\ELAN0000”. Under the driver tab, click “Update Driver” and browse to the crostrackpad3 driver. Then install.

Place the trackpad driver utility in the Windows startup folder (Start > Run > shell:startup) and run it after installing the driver.

Open Device manager and search for an unknown device that has a Hardware ID of either “ACPI\VEN_ATML&DEV_0001” or “ACPI\ATML0001”. Under the driver tab, click “Update Driver” and browse to the crostouchscreen2 driver. Then install.

If you like running Windows on your chromebook, please donate if you are able to do so. I have made these drivers and the BIOS available free of charge and am relying on donations to be able to get Windows running on more chromebooks (Pixel 2, Dell Chromebook 13).
For support, please see https://reddit.com/r/chrultrabook
Please donate here.

Also referred to as apps. Software that can perform useful work, such as word processing, cost estimating, or accounting tasks. The user primarily interacts with application software.

A type of high-definition disc with a capacity of 25 to 50 gigabytes.

Computer systems that communicate with other computer systems using modems. For example, it modifies computer output into a form that can be transmitted across standard telephone lines.

Widely used optical disc format. It holds 650 MB (megabytes) to 1 GB (gigabyte) of data on one side of the CD.

Capability of the microcomputer to use information from the world beyond one’s desk. Data and information can be sent over telephone or cable lines and through the air so that computers can talk to each other and share information.

Raw, unprocessed facts that are input to a computer system that will give compiled information when the computer processes those facts. Data is also defined as facts or observations about people, places, things, and events.

Computer small enough to fit on top of or along the side of a desk and yet too big to carry around.

Every device that is connected to the computer has a special program associated with it called a device driver that allows communication between the operating system and the device.

Similar to CD-ROMs except that more data can be packed into the same amount of space. DVD drives can store a typical capacity of 4.7 GB on one side.

File created by a word processor to save documents such as letters, research papers, and memos.

Person who uses microcomputers or has access to larger computers.

A solid-state storage device widely used in notebook computers. Flash memory also is used in a variety of specialized input devices to capture and transfer data to desktop computers.

Equipment that includes a keyboard, monitor, printer, the computer itself, and other devices that are controlled by software programming.

Data that has been processed by a computer system.

Collection of hardware, software, people, data, and procedures that work together to provide information essential to running an organization.

Computer and communication technologies, such as communication links to the Internet, that provide help and understanding to the end user.

Piece of equipment that translates data into a form a computer can process. The most common input devices are the keyboard and the mouse.

A huge computer network available to everyone with a microcomputer and a means to connect to it. It is the actual physical network made up of wires, cables, and satellites as opposed to the Web, which is the multimedia interface to resources available on the Internet.

Input device that looks like a typewriter keyboard but has additional keys.

This computer can process several million program instructions per second. Sizeable organizations rely on these room-size systems to handle large programs and a great deal of data.

Memory is contained on chips connected to the system board and is a holding area for data instructions and information (processed data waiting to be output to secondary storage). RAM, ROM, and CMOS are three types of memory chips.

The central processing unit (CPU) of a microcomputer controls and manipulates data to produce information. The microprocessor is contained on a single integrated circuit chip and is the brains of the system.

Also known as a minicomputer.

Add-on features for a variety of mobile devices, including smartphones, netbooks, and tablets.

Output device like a television screen that displays data processed by the computer.

Device that typically rolls on the desktop and directs the cursor on the display screen.

The arrangement in which various communications channels are connected through two or more computers. The largest network in the world is the Internet.

Portable computer, also known as a laptop computer, weighing between 4 and 10 pounds.

Software that interacts between application software and the computer, handling such details as running programs, storing and processing data, and coordinating all computer resources, including attached peripheral devices. It is the most important program on the computer. Windows 7, Windows Vista, and Mac OS X are examples of operating systems.

Storage device that can hold over 17 gigabytes of data, which is an equivalent of several million typewritten pages. Lasers are used to record and read data on the disc. The two basic types of optical discs are compact discs (CDs) and digital versatile or video discs (DVDs).

Equipment that translates processed information from the central processing unit into a form that can be understood by humans. The most common output devices are monitors and printers.

End users who use computers to make themselves more productive.

A file created by presentation graphics programs to save presentation materials. For example, a file might contain audience handouts, speaker notes, and electronic slides.

Rules or guidelines to follow when using hardware, software, and data.

Instructions for the computer to follow to process data. See software.

Permanent storage used to preserve programs and data that can be retained after the computer is turned off. These devices include floppy disks, hard disks, magnetic tape, CDs, DVDs, and more.

A host computer with a connection to the Internet that stores document files used to display web pages. Depending on the resources shared, it may be called a file server, printer server, communication server, web server, or database server.

A type of cell phone that offers a variety of advanced functionality, including Internet and e-mail.

Computer program consisting of step-by-step instructions, directing the computer on each task it will perform.

Designed to be connected inside a microcomputer system the same way an internal hard disk would be, but contains solid-state memory instead of magnetic disks to store data.

A secondary storage device that has no moving parts. Data is stored and retrieved electronically directly from these devices, much as they would be from conventional computer memory.

Programs that are narrowly focused on specific disciplines and occupations. Some of the best known are multimedia, Web authoring, graphics, virtual reality, and artificial intelligence.

Part of a microcomputer that contains the CPU. Also known as the system cabinet or chassis, it is the container that houses most of the electronic components that make up the computer system.

A type of microcomputer that contains a thin system unit, most of which is the monitor. The best-known tablets are Apple’s iPad, Motorola’s Zoom, and HP’s Slate.

A type of notebook computer that accepts handwritten data, using a stylus or pen, that is converted to standard text and can be processed by a word processor program.

The size of a key chain, these hard drives connect to a computer’s USB port enabling a transfer of files; has a capacity of up to 64GB.

Performs specific tasks related to managing computer resources or files. Norton Utility for virus control and system maintenance is a good example of a utility. Also known as service programs.

Hidden instructions that migrate through networks and operating systems and become embedded in different programs. They may be designed to destroy data or simply to display messages.

Introduced in 1992 and prior to the web, the Internet was all text. The Web made it possible to provide a multimedia interface that includes graphics, animations, sound, and video.

A revolution that is expected to dramatically affect the way we communicate and use computer technology.

Created by electronic spreadsheets to analyze things like budgets and to predict sales. 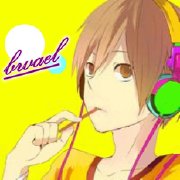